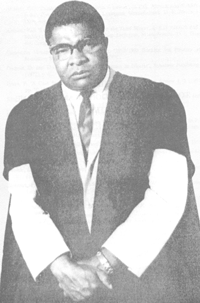 One of the advocates of the integration of the anglophone and francophone traditions was Bernard Fonlon (1924-1986), also known as the Cameroonian Socrates (read, Nalova Lyonga, editor, Socrates in Cameroon. The Life and Works of Bernard Fonlon, Yaounde, Leeds: Tortoise Books, 1989). Founder of the Abbia Review, many times Minister, Fonlon was endowed with a vast Greco-Latin culture, Anglo-Saxon culture as well as Christian and African cultures. His ethical integrity was in stark contrast to the political culture at the time. As Noam Chomsky wrote, “the responsibility of the intellectual as a moral agent – […] – is to try to reveal the truth to interlocutors who are able to intervene.”

It is difficult to think of any other ethical statement which is less subjected to controversy than this (Responsabilités des intellectuels, Démocratie et marché, Nouvel ordre mondial, Droits de l’Homme, Marseille: Agone Editeur,1998, 16). He was not sufficiently understood by francophones as well as anglophones who respected him but considered him unpragmatic. Fonlon already symbolised what Fabien Eboussi calls ‘‘exotic intellectual’’ in a universe where ventriloquists triumph.